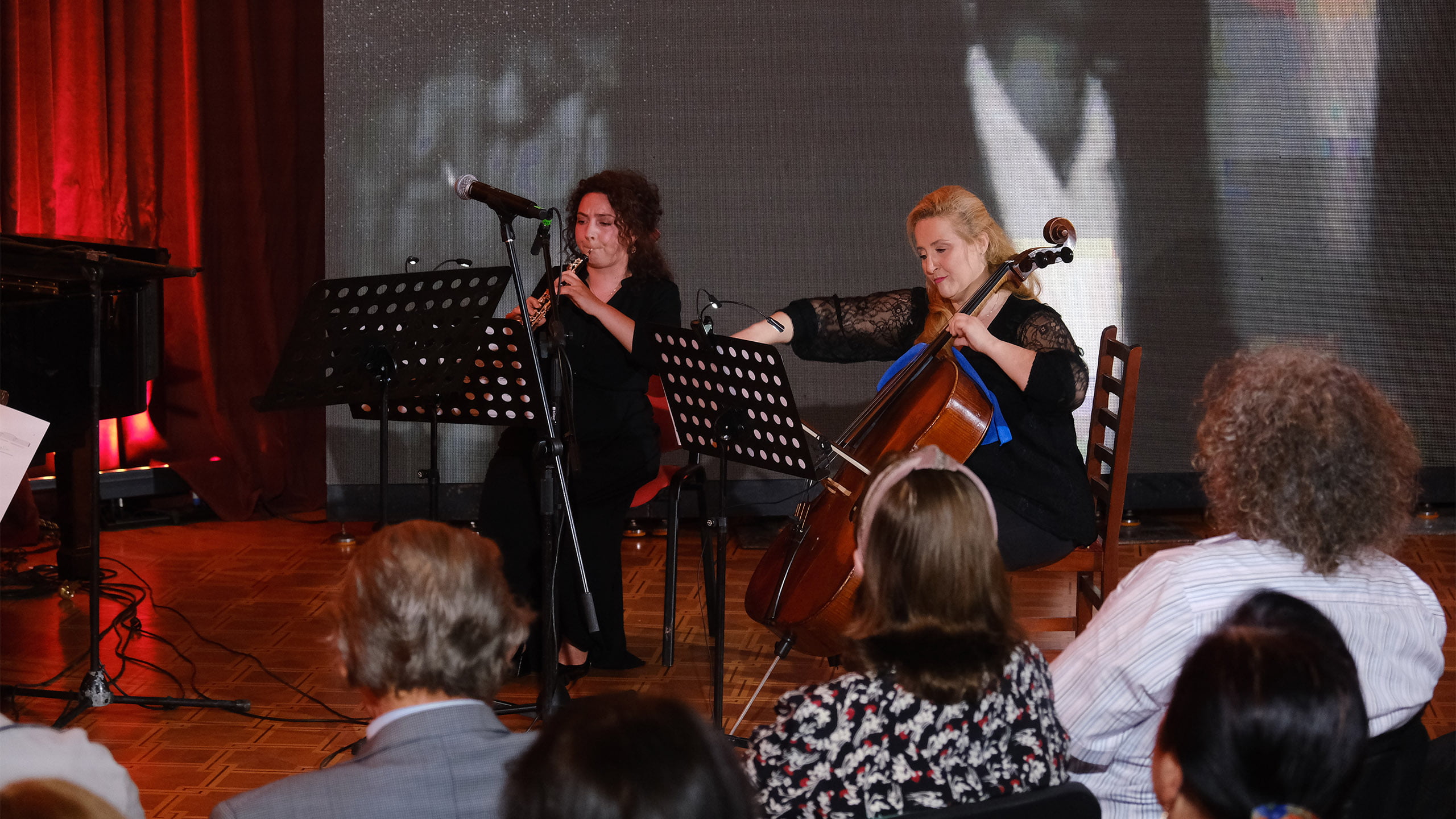 On 14-th of May 2022, on the 70-th birthday anniversary of the famous composer Hajg Zacharian, it was organized a special event, including a concert with the excerpts from about 30 movie soundtracks composed by Mr.Zacharian.
The concert was organized by the colleagues of Hajg Zacharian and was supported and sponsored by Honorary Consul of Armenia in Albania, Varuzhan Piranjani.
The event took place at the hall of Albanian Academy, and many of the well known Albanian artists, and other friends of Hajg were present.
Here are some photos from that event.